Voice recognition software has gained popularity as it has become more sophisticated. It has been around for quite some time now, but only recently has the technology reached a point where it can effectively replace typing. I remember using ViaVoice years ago, and watching it make gibberish-y words out of my kids’ laughter, which elicited more laughter, and more gibberish. Like any software package, the quality of the various programs will vary, depending on the coding.

Using voice recognition software is a sure-fire way to increase your productivity, especially if you are slow at typing.  It could lower the cost of running your office and make it more efficient.  It’s great if you have carpel tunnel problems or other disabilities that make typing difficult.

The most well-known of the Voice Recognition programs are Dragon Naturally Speaking and IBM’s ViaVoice (now owned by Nuance, along with Dragon). Microsoft has also gotten into the mix with it’s Windows Vista program. But there’s never really been anything for the Mac. Until MacSpeech.

Something For Mac too.

So what Is MacSpeech? MacSpeech is the only developer of voice recognition software for Macintosh. MacSpeech.com

In fact, Macworld UK gave it 4 stars, and The New York Times called it “a big deal”, offering a reason to switch for Windows users accustomed to using the legendary Dragon Speech Recognition Engine. MacSpeech.com also offers an array of other products including microphones, voice recorders and other speech accessories.

David Pogue, author of dozens of top-selling Mac books, including Macs for Dummies and several Mac OS X books, has this to say about MacSpeech Dictate:

“MacSpeech Dictate is fast and accurate, pouring correctly transcribed text into any program where you ordinarily type, as fast as you can speak.”– David Pogue, New York Times

“So, it’s good to see a first-class dictation program finally come to the Mac.”– David Pogue, New York Times [from the video below]

MacSpeech comes in 3 different flavors – one for Medical, one for Legal, and one for the everyday user. MacSpeech Dictate Medical supports and fully understands over 54 medical and dental disciplines and specialties.  MacSpeech Dictate Legal supports and fully understands over 30,000 legal-specific words and terms, so it’s ready for the most arduous writing tasks.

MacSpeech Dictate’s installation and performance have been said by some to be completely flawless.  It works nicely with macro programs, including Rainmaker Software’s Spellcatcher, allowing you to develop shortcuts and workarounds. You can easily created your own commands by duplicating and modifying one of the built-in commands provided with MacSpeech. In the final analysis I give MacSpeech Dictate high marks.

MacSpeech will have 2 discount offers available in November 09:

Can’t wait till then? Visit them now….MacSpeech.com

And let us know what you think of MacSpeech. 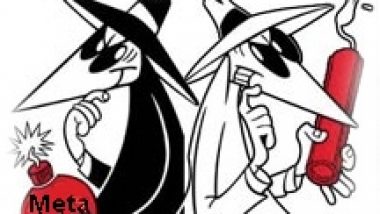