3D Printers – Just How Do They Work?

Today, there’s a substantial amount of hype going around with regards to the potential of 3D printers. However, have you ever wondered how these magnificent machines work? If truth be told, the functionality of 3D printers isn’t as complicated as you might imagine. Here’s a look into how they work.

3D printers work with two main types of plastic. These are Polyactic Acid (PLA) or Acrylonitrile Butadiene Styrene (ABS). Individual 3D printers typically only work with one type of plastic, but in some cases they can use both. It all depends on the manufacturer of the printer. In general, these plastics are available in the form of filament strands that are around 1.75 – 3 millimeters in terms of their width.

The two types of plastics do differ from one another. ABS plastic is a chemical-based plastic and can work at fairly high temperatures. PLA is acquired by means of natural sources that are typically inclusive of sugarcane or corn.

So how is the third dimension added in? Well, it is achieved by having the print bed move both upwards and downwards. There are other systems, as well, wherein the print head merely moves from side-to-side, and it is the print bed that has the potential to move in all four directions.

All 3D Printers Are Different

There’s a whole lot more that 3D printers can print apart from plastic. You really can’t expect all 3D printers to be alike. For instance, a number of professional 3D printers out there have the potential to deliver high quality printed objects that are comprised of a number of varying materials.  Large scale 3D printers, additionally, don’t rely solely on ABS and PLA. They feature ceramic, brass, five varying types of plastics and steel, as well. There’s another technique that is used by 3D printers on a larger scale that is known as laser sintering that basically makes use of lasers in order to put together varying particles of different materials. 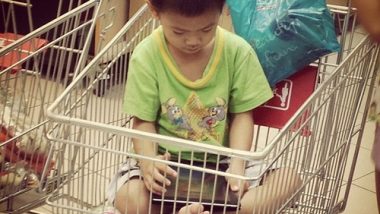