Why Office For iPad Has Not Yet Been Revealed

Microsoft Office is one of the most recognizable names in the world of software. It is a suite of programs which form the basis of productivity and output for almost every company in the marketplace, not to mention countless educational institutions.

Microsoft’s biggest rival in the world of technology is Apple. There have historically been conflicts between the two organizations regarding compatibility of each others’ software and hardware. This is a situation which has improved significantly in the modern era, with Microsoft launching a successful version of Office for the iPhone.

This naturally led many Apple users to question when Office would be made available for their iPad. Until recently, the reasoning for delaying the Office iPad reveal has been unknown. Departing Microsoft CEO Steve Ballmer has now clarified the matter.

Steve Ballmer clarified that Microsoft is in fact intending to release a fully functional version of Office for the iPad, but the delay is due to Microsoft’s desire to develop Office into a ‘touch-first’ interface before releasing it for iPad. It is likely that this new way of interfacing with Office will debut first on Windows devices such as PCs, Windows smartphones, and devices running Windows 8. Microsoft has already previewed a touch-based version of Office for Windows and is likely perfecting their flagship productivity suite before unleashing it to touch-compatible devices.

Many observers within the technology industry have questioned whether Microsoft viewed releasing Office on Apple’s iOS devices as a strategic priority considering that the majority of Office work is conducted via traditional desktop PCs or laptops. This issue has now been clarified by Microsoft’s Qi Liu, head of applications and services. At a recent meeting he stated that Microsoft understands the strategic importance of dominating the productivity software category across all platforms. 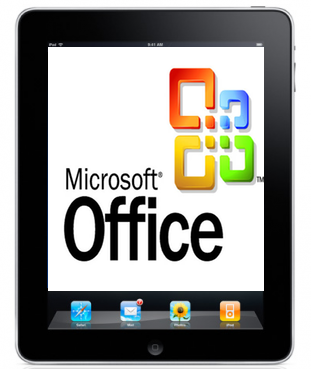 The news that Microsoft is definitely developing and releasing a version of Office has come at an excellent time for Apple fans. Apple’s announcement of the forthcoming iPad Air, likely to be a huge seller over the holiday season, means it may be the perfect time for Office to make its iPad debut. Sales of the world’s most popular tablet are likely to be reignited by the brand new iPad, which is said to be twice as fast as its predecessor, and Microsoft would be wise to capitalize on this product launch with an iPad-compatible version of Office.

The exact features present on the new-era touch version of Office will remain unknown until Microsoft officially launches the iPad version of Office. It is a potentially groundbreaking crossover between Microsoft and Apple, and all observers of technology should be keen to see which direction the release takes.

Author Roman Sahakov works for Acuity Training Company as a writer and is always finds topics that are interesting to readers and productive for businessmen. His articles cover topics like advanced spreadsheet training, management training, and presentation skills training. 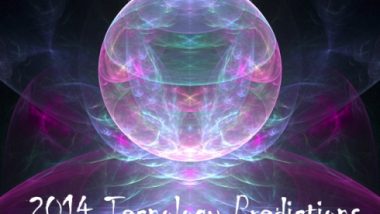 Top 5 Technology Trends To Watch In 2014