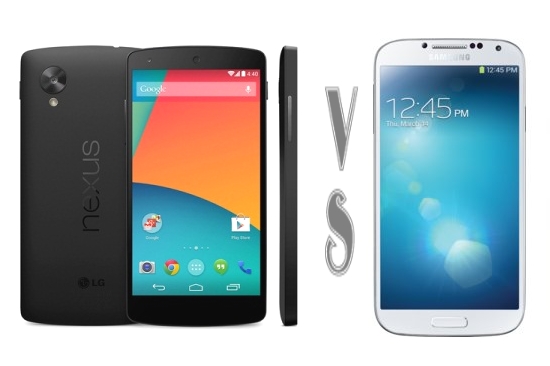 Unless you’re a hardcore Apple fan, there are dozens of smartphone options out there for you. There’s the ever-popular Samsung brand, known for their creation of the Android operating system. The tech geniuses over at Google have also begun releasing their own smartphones recently, to huge praise. Let’s take a quick look at the most recent offerings from these two smartphone giants and see which is the better phone: the Google Nexus 5 or the Samsung Galaxy S4.

The Nexus 5 and the Samsung Galaxy S4 both have a plastic back, as opposed to, for example, the Nexus 4’s glass back, so the two phones feel very similar when held. The S4, however, is more techie-friendly, with a removable back to let you replace the battery more easily. When it comes to size, the two balance each other out, with the Nexus 5 being slightly narrower, the Galaxy S4 being slightly thinner, and both phones weighing the same 4.6 oz. The phones are easily comparable, but the Galaxy S4 gets a slight nod for that removable back.

As with the design, these two phones are very similar. Both have 5″ screens and a resolution of 1080p. The details on the Nexus 5, however, are just slightly sharper than its competitor. It’s not a difference most people will pick up on, but it just enough to give the Nexus the edge this round. With such incredible displays, these smartphones usually cost over $200 with a contract. However, one source has indicated that both phones would be available on AT&T Black Friday for as low as $99.

This is the first area where there’s a true difference between the phones. As fast as the Galaxy S4’s quad-core 1.9GHz Snapdragon 600 is, the Nexus 5 is a newer phone and managed to swing the next generation processor: the 2.2 GHz Snapdragon 800. In tests, the Snapdragon 800 performs almost 20 percent better than the 600. The Nexus is the clear winner here.

This is another area where there’s a clear winner, but this time it’s the Galaxy S4. Underneath its battery cover, you’ll find a microSD memory card slot, where you can expand your phone’s storage. The phones each include 16GB of internal memory, although there are also 32GB editions for a higher price – and a 64GB version of the S4. For anyone wanting to store much on their phone, the Samsung is the answer.

The Nexus 5 has the latest version of the Android OS, Android 4.4, while the Galaxy S4 is still on Android 4.2. Samsung has also put their own user interface, TouchWiz, over the standard Android OS. While TouchWiz looks great, works great, and has a few extra helpful features, those looking for a more vanilla Android experience will want to stick with Google. The Nexus 5 wins here, thanks to their newer version of Android.

You would think that the Nexus 5’s 8-megapixel camera would instantly lose to the Galaxy S4’s 13-megapixel, but it’s not as clear cut as that, thanks to the Nexus’ optical image stabilization. The difference between pixels will be noticed when taking pictures in bright conditions, but the optical image stabilization helps to significantly cut down on blurry photos. The S4 doesn’t have that option, and because of that, we’re calling this category a draw.

The Samsung Galaxy S4 is a powerful beast, but the Nexus 5 manages to not only hold its own in comparison but come out victorious. It’s newer, faster, and more powerful, and if you don’t need huge amounts of phone storage, it is an excellent option for your next smartphone.

Author Peter Jackson loves to blog about mobile phones and shopping tips. He is planning to buy a new smartphone during AT&T Black Friday 2013 to save some extra bucks. 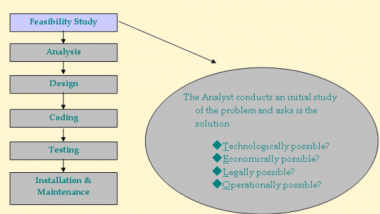 Determining The Feasibility Of A Software Product 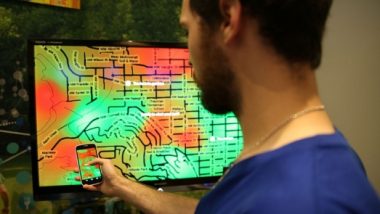 The Evolution Of the Mobile Application