However, despite how secure you might think your home is, property crime is a very real threat. It is estimated that more than 2 million homes are broken into every year in the United States alone, and the saddest thing about this fact is that many of these could have been prevented. Many people do not realize how simple it is to place a few barriers between you and would-be burglars.

After all, most property crimes are borne out of convenience, meaning that a locked window or a secured door could make all the difference. Here are some of the worst home security mistakes that people regularly make.

New digital alarm systems are often seen as unnecessary luxuries for people who can afford them, but the truth of the matter is that you can’t afford not to install a home alarm. And with the widespread availability of home security these days, there really is no excuse. Furthermore, having an alarm actually does generally work. Burglars are far less likely to try to break into a home that is protected by an alarm system than one without. In fact, even just a sign outside your door, indicating that you have a system installed, can be enough of a deterrent for many intruders.

Not Taking Advantage of Modern Technology

Now that we have phones, you don’t see anybody still insisting on sending letters by pidgeon, so why would you not take advantage of all of the modern technology that is available to us? It is intended to make our lives easier and safer. For the home, there are obviously some great developments in home security, such as advanced alarm systems and cameras, but there are also a number of other cool gadgets that will take your security to the next level.

How many times have you gone away and left a light on to give the appearance that your house is occupied? Not only is this a great way to waste energy, but it is not even an effective deterrent, as anyone who is paying attention will notice that the same light is always on. If you automate your lighting controls, you will be able to turn specific lights on and off with your phone.

It might seem elementary, but one of the most common reasons for burglaries is nothing more complicated than failing to lock the front door. Even if you have a security system, if you leave the front door unlocked, you might as well put a large sign up in your front window that says “visitors welcome, everything must go.” 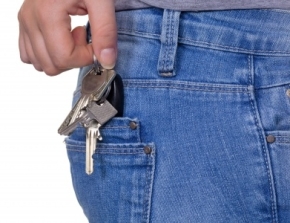 And if you keep a spare key under your door mat, be warned, this is just about the same thing as leaving your door open. Burglars are wise to the hiding places of spare keys; whether it is under a mat, in a fake rock, or on top of the door frame, they will probably find it.

Rather than hiding a key, either leave it with a neighbor that you can trust, or better yet, install a keypad entry that will allow only people who have the code to unlock it. This also makes it easier when you forget your key!

Most burglaries happen through the first floor, so securing any possible entry points is absolutely crucial. Lock not only the front door, but any other doors on that level and secure the windows. This can be done with either window locks, a piece of metal or wood in the tract, or even motion sensors.

Author David Glenn is a home improvement expert. He occasionally does freelance writing about home security and DIY home repair. He’s also knowledgeable about topics like how to improve your social presence and building a reputation online. 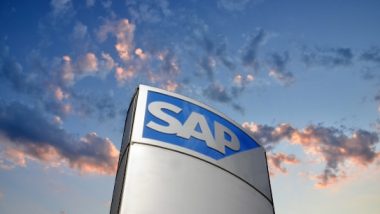 SAP In The Cloud? Why You Should Make The Switch 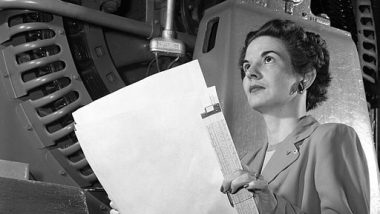