There’s a least a few times a week where I wonder how much easier life would be with the powers of Inspector Gadget. Frankly, just saying “Go-Go Gadget” makes life better; having extendable arms or retractable rocket skates would just be an added bonus.

But that was then, and this is now. Imagine if our absent-minded detective got a technological lift with modern equipment. Inspector Gadget’s main piece of investigatory equipment was his trusty magnifying glass. While the magnification assisted Gadget’s naked eye, it did little else. What if Gadget was equipped with new state of the art 3D sensory equipment? Let’s consider some ways that this might affect our augmented P.I’s capabilities.

If not for his augmentations and technology upgrades, Inspector Gadget would be little more than a beat cop, a flat foot with powdered sugar on his jacket. Part of what makes Inspector Gadget loveable is the fact that he’s a well intentioned, bumbling oaf of a cyborg that just manages to save the day and keep Claw muttering curses at the end. 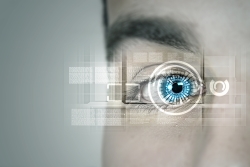 For the most part, Gadget does alright with his magnifying glass and his other various attachments. However, if this Maxwell Smart-inspired detective had the ability to scan and see objects three-dimensionally, not only would this give him a much greater sense of spatial awareness (something Gadget desperately needs) but would grant him a better insight in his investigations. Even the slightest warp in dimensions would trip the sensor, setting off red flags for Gadget. This would allow him to see exactly where his nemesis, “The Claw” and his goons, have hidden the stolen diamonds, or planted the explosive device.

Let’s face it, Penny was the brains behind her uncle (no, not Brain, he was the dog.) With this new sensory equipment, Penny would be able to interact with her Uncle remotely. The ability to see what he is seeing from a distance, would not only keep her out of harms way, but would allow her to make the intuitive leaps and bounds her uncle so desperately needs, based on the data that’s being uploaded from her Uncle’s sensor.

Couple this with the added ability to communicate with the machinery around him, such as stopping the elevator from working or making sure the electronic doors are opened as Inspector Gadget comes whizzing by on his rocket skates or power legs and Gadget becomes an unstoppable criminal catching machine.

While Inspector Gadget may be a fictional hero, these sensors are quite real. A simple to install, lightweight package that doesn’t take up a lot of space makes these high quality sensors easy to integrate into a production line. LMI’s Gocater technology is incredible for the purposes of quality assurance. With it’s 3D imaging capability, automated pass/fail system, and remote interface, it can help cut down on production costs while raising product quality dramatically. Without requiring bulky equipment or external computers the Gocator is an incredible asset to any manufacturing process where quality is a concern.

Author William Toth is a freelance writer from Lancaster, Pennslyvania, he has been published on a wide range of topics on the web.  Some of his most noted pieces of work focus on the latest trends in technology – such as vision-guided robotics for companies like Vision Online. 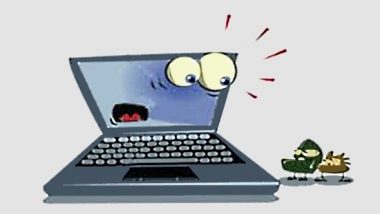 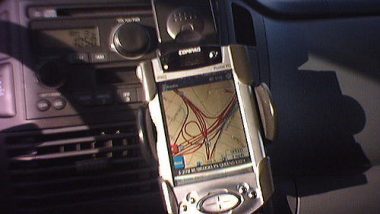 4 Factors That Affect The Reliability Of GPS Devices