In the days of film, if a photo was destroyed a copy could be made from the negative. Today though, we store photos on our computers and if the hard drive fails they can be lost forever. That’s why the prudent back-up their precious documents and images onto external hard drives. But the question remains: what if that drive fails?

Hard drives, whether inside a PC or external, have a lot in common with a record player. Ones and zeros are magnetically encoded in the surface of a disc, which spins rapidly. A read head flies over the disc, retrieving data to send to the computer’s processor.

Modern, high-capacity drives usually have several such discs (technically, “platters”), tightly-spaced and with read heads moving in the gaps. The tolerances are incredibly tight and everything moves at high speed to get data in and out of the processor quickly.

Failures are most often mechanical. Motors stop working, spindles seize or heads don’t move as they should. The worst failures, though, are when the heads scrape the surface of the platter. This grinds away the magnetic data on the disc, meaning it’s lost forever.

Temperature and humidity extremes can also lead to failure, through expansion of components and changes in the way the heads float above the platter. Drive manufacturer Seagate says that temperatures lower than 41 Degrees F or above 122 Degrees F reduce reliability, and good ventilation is essential.

Standard measures of reliability are Mean Time To Failure (MTTF) and Mean Time Between Failures (MTBF). These are the numbers you’ll often see in specifications, but they can be misleading.

Datasheets often quote MTTF and MTBF numbers of one million hours or more. This can lull buyers into thinking they’ll last over a hundred years, but that’s not so. Some will fail sooner while others will go on longer. In addition, evidence suggests that MTTF numbers in the real world are considerably lower than those obtained through lab testing.

Seagate, along with other drive makers, has started quoting reliability in terms of AFR or Annualized Failure Rate. This gives the probability of a drive failing within a twelve month period. AFR’s are typically in the region of 0.73%, meaning if you ran 1,000 drives for a year, seven or eight would fail. However, this doesn’t tell you how long a particular external hard drive will last.

Researchers at Carnegie Mellon University looked at the age of drives when they needed to be replaced. Even from new, replacement rates were at least double what the MTTF numbers would imply, and for drives more than five years old, the rates were 30 times higher.

How long a drive lasts depends largely on how it’s used and treated. But, as the research shows, once a drive is more than five years old the likelihood of failure rises quickly. If an external hard drive is your only backup medium, be sure to take good care of it!

+Katrina uses her technical knowledge to help people. At Rack Solutions, her passion for technology and wealth of knowledge have helped many people find the right solution in their unique situation. 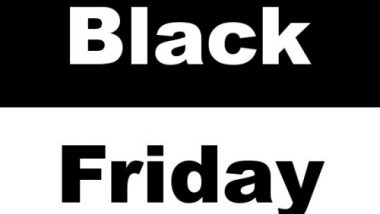 Which Day Has Better Deals: Black Friday Vs. Cyber Monday 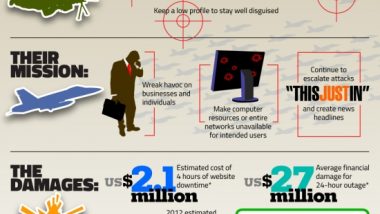