One of those simple rules of any complex system is that maintaining small problems regularly, as they pop up, is much cheaper and faster to deal with than it would be if you let a lot go wrong and handled it all at once.

This rule applies especially to the complexity of digital networks, databases, and company servers. By performing pen tests on your systems regularly, you’ll frequently catch a number of minor security glitches, weak spots, and bad code lines that could easily be missed and allowed to accumulate over time until upgrading your databases becomes a major and costly undertaking. It’s a better idea to go for regular, and much cheaper, penetration testing.

2. Pen Tests Will Protect You From Massive Data Theft

Regular penetration tests are not a foolproof means of making sure your network is secure and its internal data protected, but they do plug up a lot of potential holes that would otherwise make intrusion much easier for data thieves.  Thus, by having these tests done on a regular basis, you’ll be giving a much higher security level to the valuable information you might have stored on your hard drives and servers.

Proprietary IP information, client account info, and financial records could all cost you thousands or even millions of dollars if they get into the hands of a hacker group. By protecting them maximally, your small investment in penetration testing is keeping you from losing a fortune in data or subsequent lawsuits.

3. Fixing a Broken Site is Expensive

If your network covers a large organization or business entity with dozens or more computers, numerous servers, expansive websites, and thousands of pages of highly sensitive information; then you’ve got a very complex system on your hands indeed. Protecting it with a well-organized pen test that’s based on a robust analysis of your network structure is going to be much, much cheaper than later having to deal with a digital forensics solution that hunts down and repairs millions of lost files, code lines, and processes.

Just imagine a large security breach caused by particularly destructive hackers: they enter your servers, begin erasing all site data, erasing code, and trying to access your actual business computers and their hard drives. The damage such an attack could cause might easily run into the tens of thousands of dollars in losses and lost business time. Compared to this, investing several hundred to a couple of thousand dollars in an annual pen test is a small price to pay.

As we’ve already mentioned above, intrusions into your network, thanks to undetected weaknesses, can easily mean theft of financial information, your online identity, and even, indirectly, your genuine business identity which you use to interact through with your professional network.

Having access to all of these factors, intruders can then utilize your own systems against you for the purposes of fraud, identity theft, hack attacks against still other targets, and financial crimes. The consequences of all these things can come back to bite you in the form of numerous lawsuits and legal fees, and having to defend yourself in court from criminal or even civil charges. Even if you yourself are also a victim, skilled intruders can fool others into thinking otherwise, at least for a while.

5. You Can Avoid Relying on Digital Forensics

Digital forensics, the process of extracting practically unusable information from a morass of damaged data or highly confusing code and files, is something that consumes an enormous amount of time and can become extremely costly if it needs to be done extensively.

When it comes to attacks on your systems by intruders, the final consequences of being unsecured against them will often involve you needing to use digital recovery techniques to not only get back whatever you can of your lost data, but also find out just how the attacks themselves happened and who caused them.

This is not a outcome you want to go through if you value your digital assets and your online reputation.

Author Stephan Jukic writes for LWGConsulting.com and generally covers subjects relating to the latest changes in digital security, mobile technology, and marketing tech. He also loves to read and write about location-free business, portable business management and finance. When not busy writing or consulting on technology and digital security, he spends his days enjoying life’s adventures either in Canada or Mexico, where he spends part of the year. Connect with Stephan on LinkedIn. 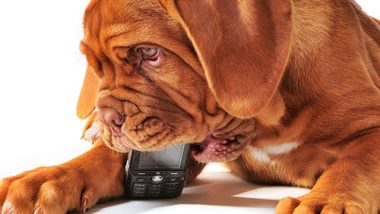 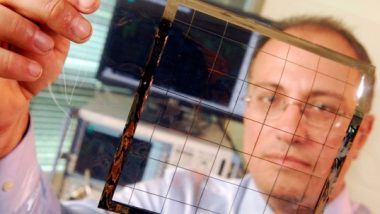